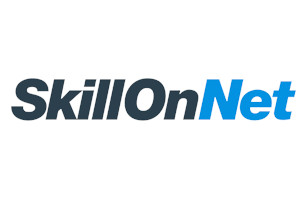 Started in 2005, SkillOnNet isn’t quite as old as some of the competition in the online casino software space, but they definitely aren’t a newcomer either with well over a decade of experience. They have a fair number of games, easily over 100 total, and their games span over several different genres. They have had issues in the past with certain features being questionable at best, but aside from that issue (which affects a small minority of games), all of their other titles are of a pretty high quality. They’re licensed in Denmark, Malta and a number of other areas.

Like many online casino software providers in today’s market, SkillOnNet produces games primarily in the instant play format. This uses Adobe Flash so that players can enjoy their titles in their web browser without having to worry about downloading any special software. Aside from that, they also have mobile capabilities, and this allows players to get in on the action using another web-based app. This app isn’t tied to any particular operating system or device type, so you can use most modern tablets and smartphones to play their games. This is a very flexible approach that gives a wide selection of players options to get in on the action.

One issue that has happened with their software in the past (between 2009 and 2012, specifically) is that their video poker double up feature was proven to not be a fair coin flip. Once analysis was presented and players complained, the issue was fixed, but this is something that’s hung over them for quite a while. In today’s market, chances are that you don’t really have to worry about this kind of thing with them, but it’s worth knowing about. If it’s something you’re really worried about yourself, all you have to do to avoid it – is not use the double up feature if you’re playing video poker. It’s that simple.

The online slots portion of the game selection for SkillOnNet consists of several dozen games that cover a wide range of different themes and concepts. They have a decent selection of features, though they tend to choose features other companies have already done instead of trying to develop their own. This is a fine way to go about things since you’re sticking with what has been proven to work, and it hasn’t really hurt their popularity in any meaningful way.

Aside from slots, they have a good selection of video poker and table games. Roulette, craps, Baccarat and blackjack are all available on top of a number of different casino poker games. The breadth of their game selection is pretty cool since most companies that have as few games as they do (a little over 100 total titles) tend to focus almost exclusively on slots.

Prime Casino and Slots Magic are two casinos that offer games through SkillOnNet. Because of the 2009-2012 scandal, and because they have a somewhat limited number of games, they haven’t been picked up by quite as many software package providers as some other smaller software companies. With that having been said, there’s not really anything wrong with their games, and fairness isn’t an issue that you really need to worry about at this point, so hopefully they’re able to build up more momentum in the future to get more exposure.